Most people pay the correct amount of tax that they owe in a timely manner to HM Revenue and Customs (HMRC), claiming only the

tax reliefs, allowances and expenses that they are entitled to.

A small number of businesses and individuals intentionally defraud the taxation system, with some of those being involved in falsely claiming repayments and other organised criminal activities. As part of the enforcement strategy of HMRC, criminal investigations are carried out, sometimes resulting in prosecution.

Who at HMRC has the powers to conduct criminal investigations?

There are three business departments that are authorised to conduct criminal investigations: Specialist Investigations, Risk and Intelligence Service, and Criminal Investigation. 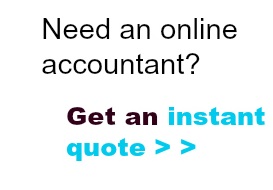 Specialist Investigations have a Road Fuel Testing Unit, which has the authority to check and seize vehicles that misuse fuel for vehicles. Criminal Investigations will deal with some aspects of tax avoidance and evasion, as deemed appropriate, while the Risk and Intelligence Service deals with intelligence and profiling work.

What authority does HMRC have?

In order to deal with criminals and those involved in organised crime, HMRC has to have powers that are similar to those in other agencies dealing with law enforcement. These criminal investigation powers include:

Only officers in HMRC who have the necessary authorisation can use criminal investigation powers. These officers are given appropriate training and are engaged with specific duties in one of the above directorates. Some powers need authorisation from an officer of a higher grade before they can be used.

HMRC has powers of surveillance that are intrusive, but can only be used when dealing with serious crime. The officers can intercept mail and telephone calls, property interference and carry out intrusive surveillance. However, strict regulations have to be adhered to when using these powers, with approval from the Home Secretary being required.

Criminal investigation powers are not used in civil inquiries, like tax return inspections or routine business record checks. If you become the subject of any investigation by HMRC, you may want to consult a professional for advice.